Celebrating 30 Years of Wireless For Good

Celebrating 30 Years of Wireless For Good 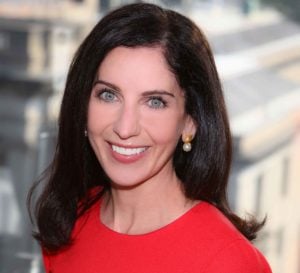 2021 marks 30 years of CTIA Wireless Foundation. Since being founded by CTIA members in 1991, CTIA Wireless Foundation has been at the forefront of social innovation fueled by mobile technology. We have celebrated wireless as a force for good, honored wireless industry leaders and experts and collaborated with organizations to advance new applications of wireless for positive impact throughout the United States.

Today, we are realizing our mission by focusing on emerging social entrepreneurs who are using cutting-edge applications of wireless to solve pressing challenges. Through our Catalyst awards program and Accelerator Partnerships, we lift up the groundbreaking work of bold changemakers using wireless to make our communities stronger, healthier and more connected.

A History of Championing Wireless Innovation

In 1996, CTIA Wireless Foundation created the Citizens of Phone Patrol (COPP®) program, facilitating the donation of phones and airtime to neighborhood watch groups to encourage public safety. Through COPP, the wireless industry provided over 14,000 wireless phones to neighborhood watch patrols across the country.

In the late 1990’s, through the Donate a Phone and CALL TO PROTECT programs, the Foundation raised over $3.5 million for nonprofit organizations that work to end domestic violence by refurbishing and recycling retired wireless devices.

Through a partnership with the National Center for Missing and Exploited Children, the Foundation initiated the first AMBER Alert to wireless phones in 2005. AMBER Alerts are now delivered to cellphones as part of the Wireless Emergency Alerts program. As of December 2020, 1029 children have been rescued thanks to Amber Alerts.

CTIA Wireless Foundation also worked with the American Red Cross to establish Text2HELP, enabling wireless customers to donate to relief efforts via text-based short codes. This program raised more than $35 million in the aftermath of the 2010 Port-au-Prince, Haiti, earthquake, and was the nation’s first charitable mobile fundraising program.

Also in 2010, the Foundation helped launch Text4baby, a free mobile information service designed to promote maternal and child health. This program initiated the use of SMS to scale social impact through wireless technology.

CTIA Wireless Foundation sponsored PulsePoint, a mobile app that alerts CPR-trained citizens when CPR is needed in their vicinity, potentially saving cardiac arrest victims’ lives. In 2014, the Foundation began bringing this life-saving app to local communities across the country.

The Foundation kicked off Drive Smart in 2014, an annual awards scholarship designed to educate Americans about the dangers of distracted driving. Drive Smart awarded scholarships up to $10,000 to teenagers who submitted original short videos discouraging their peers and adults from driving distracted. Drive Smart’s impact grew exponentially, with the 2018 winning videos viewed more than 1.3 million times.

Now, the Foundation supports emerging change-makers in their crucial early stages of development through our signature initiative, Catalyst, a competitive grants program that accelerates the work of social entrepreneurs using wireless for good. For the second year, Catalyst will award $175,000 to bold innovators using wireless technology to improve the health and well-being of Americans.

CTIA Wireless Foundation has been working to expand the possibilities of wireless technology as a force for good for 30 years — and we’re only just getting started. I cannot wait to see what this next year, and decade, have in store for the Foundation as we continue to elevate the work of social entrepreneurs using wireless to improve our quality of life, strengthen our communities, and build new connections to the future. And as always, CTIA Wireless Foundation will champion wireless for good!

30 Years of Wireless For Good